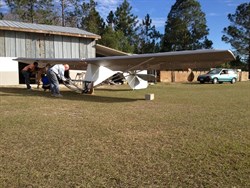 The Super Floater is a modern re-make of the classic primary glider. It is a three-axis controlled glider with the pilot located on a seat below and in front of the rectangular wing. It takes off and lands on a skid, though you might be able to foot-launch it in a strong wind. Glide ratio is about 15-16:1. It is designed for fun flying rather than all-out performance.

The Super floater has two aluminum spars, dacron sail with aluminum ribs to give the wing an airfoil shape, and sweep wires inside the wing, etc. 6061-T6, dacron and some aircraft hardware.

Go see my own collection of pictures, which i took from a modified Superfloater at Wallaby Ranch, Florida, USA. 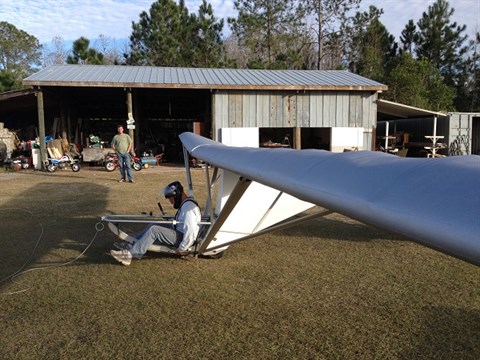 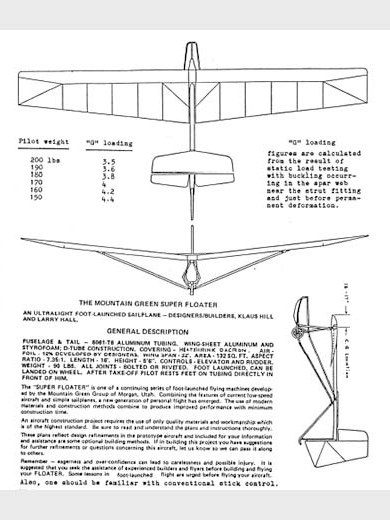