There are now two sizes of the Exxtacy, the original 160 sq. ft. model and a smaller 135 sq.ft. model. No one besides Flight Designs used to make two sizes of rigid wing. There is also a version of the 160 that is beefed up for use as a ultralight-powered trike wing. 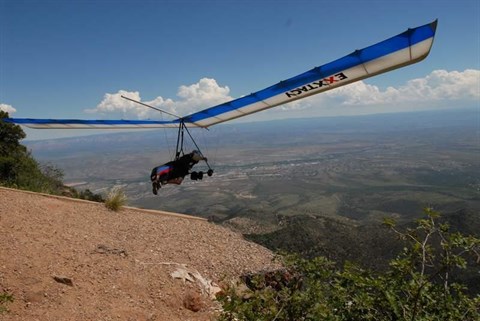 "Flight Design will be introducing the Flight Design Exxtacy 160 at INDUGA '97 this spring. DHV certification is underway and serial production will begin in February [1997]". [As of January, 1998, there are now over 300 Exxtacies sold, including about 30 in N.America]

"The Flight Design Exxtacy 160 is a rigid wing designed and constructed to greatly outperform the highest performance hang gliders of today. "We have about a 40% better glide and 10-20% better sink than any comp glider out there. In fact you can no longer compare the performance with any normal hang glider!", states design team member, Chris Bletzinger. The launch and landing speed is lower than those of the high performace hang gliders and the handling is as easy as a trainer glider."

"The one major similarity with a hang glider is that the in-flight operation is the same and done with a normal control bar. Weight shift controls the pitch and also the turning. For turning, because the wing is ridged, wing tip spoilers are engaged as you weight shift from left to right. In the middle of the trailing edge are flaps, which can improve the sink rate while flying more slowly in thermals, increase the glide rate while flying straight and fast, and also decrease the glide angle for landing in tight LZ's."

"The Flight Design Exxtacy 160 is made with a composite D-Spar and ribs with an aluminum keel. Dacron sailcloth covers the wing and set up time is reduced from that of normal hang gliders."

"Check out our Web Page."

Some Photos of the Exxtacy 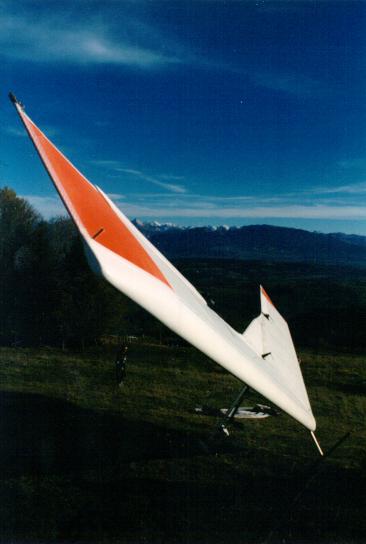 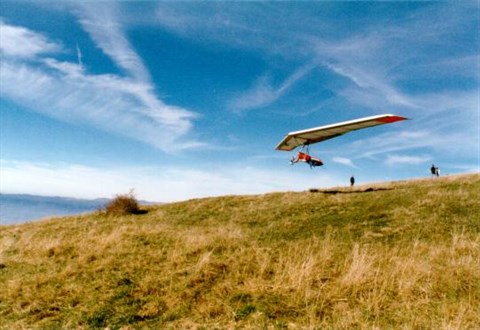 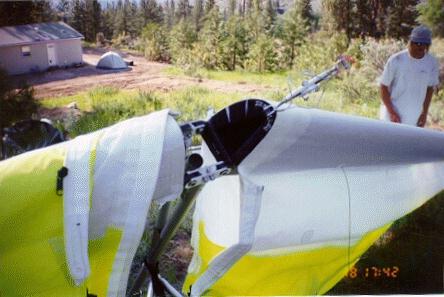 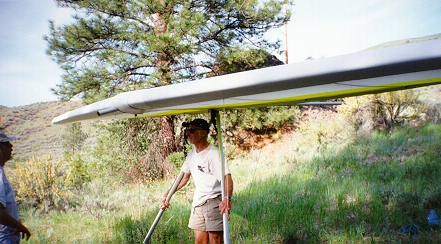 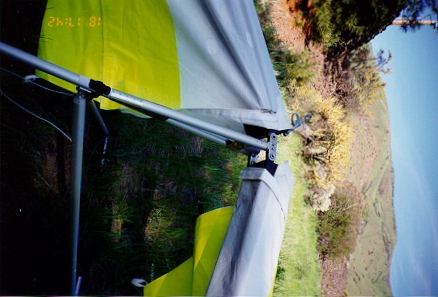 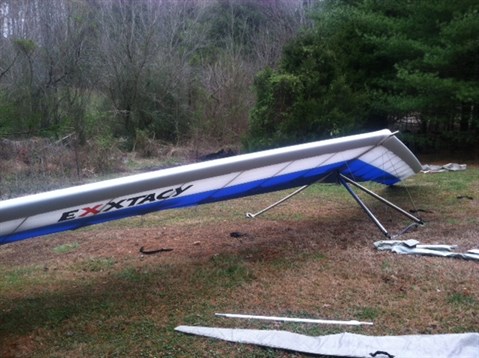 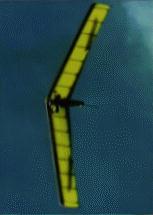 Some reports of the Exxtacy

Clcik here to get to those texts